Educated faculty, professional dancers, nurturing teachers: this is what sets our program apart from others! 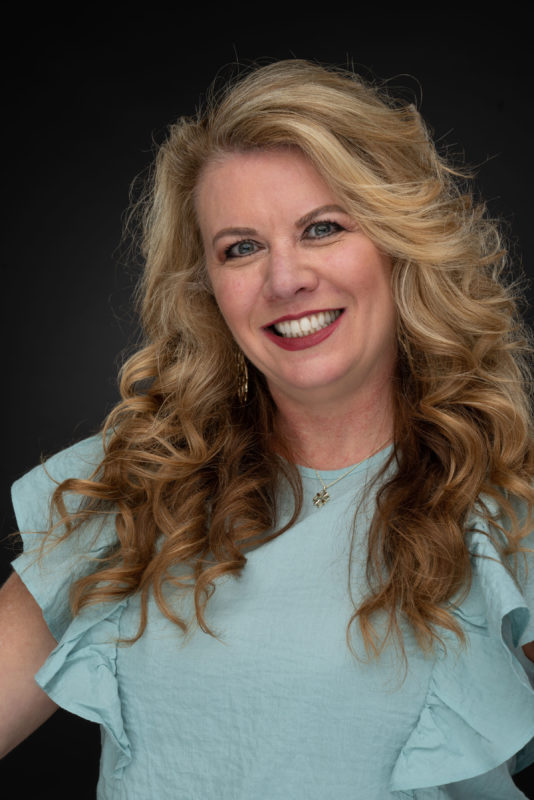 Ronda began her dance training in San Antonio. She pursued a Bachelor of Fine Arts Degree in Dance from the University of Texas in Austin.

Ronda’s pursuit of artistic and technical excellence takes her from New York City to Los Angeles to continue her study with the most innovative masters of dance.  With over 25 years of experience in dancing, teaching, choreographing, mentoring, and producing original award-winning works, she continues to develop and share her artistic vision and work ethic through a uniquely powerful fusion of Jazz and Modern Dance. 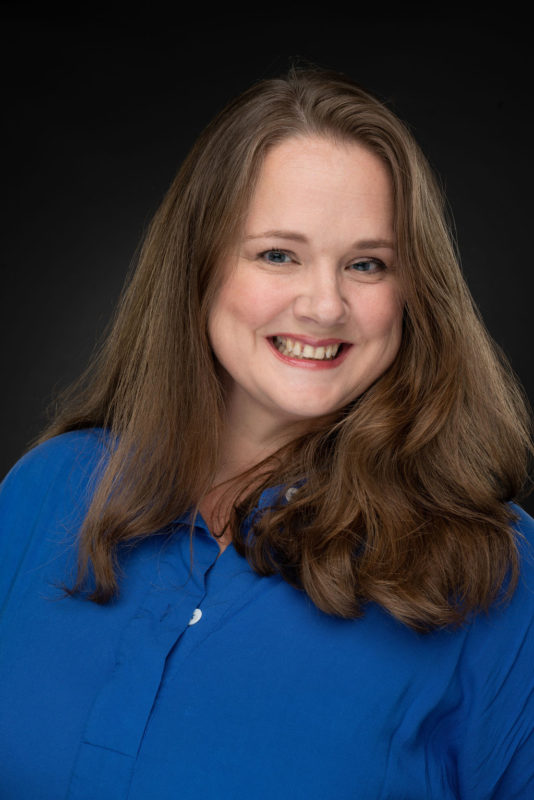 Originally from Austin, Texas, Lyndi started dancing at the age of 3, really loving ballet and jazz. Lyndi danced in the studio until the age of 13. In high school, she was on the dance team for three years and an officer her senior year, receiving several awards through ShowStopper, UDA, and ShowTime International. Lyndi received a partial dance scholarship to Southwest Texas State University (San Marcos, Texas) during her senior year of high school. She graduated from Southwest Texas State University in 2000, majoring in Elementary Education with a double minor in Dance and English. During her student teaching year, Lyndi was the assistant drill director and dance class teacher at Lanier High school (Austin, TX). After graduating, Lyndi taught 1st and 3rd grade in Dallas, Texas, for three years. Moving back to my Austin, she met her husband and later moved to San Antonio and has been here for 15 years. Lyndi joined the Trilogy family in October of 2018, working as a front desk associate. In 2019 she graduated from Liberty University with a Master of Education in Interdisciplinary Studies. Lyndi also has a fabulous young dancer, Kynli, who calls Trilogy her home and is a member of Insight Dance Ensemble and Beyond the Barre Ballet Company. 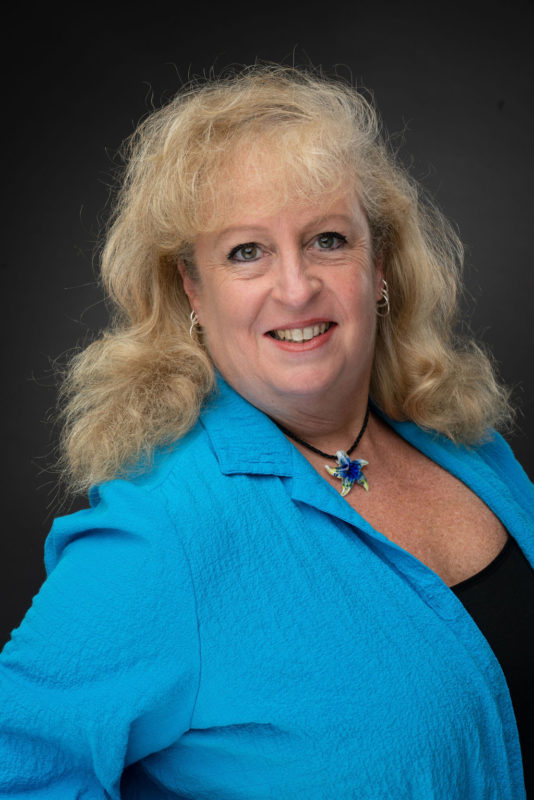 When she was twelve years old, she branched off into musical theatre training through the inspiration of off-Broadway director, Phil George at S.A.L.T. (San Antonio Little Theatre/San Pedro Playhouse) with the original “Saltines.” At the age of fourteen, she was hired for her first professional choreography job for “Company” at the Road Runner Civic Center for The Harlequin Dinner Theatre at Fort Sam Houston, with Director Wayne Elkins.

Towards the end of her senior year, Missy was awarded scholastic honors and a dance scholarship to The University of Texas at Austin from the National Foundation for the Advancement of the Arts.

In 1984 following her graduation, she established The Showstoppers Academy of Musical Theatre, Inc. and accepted the position of Staff Choreographer with Jerry Pollock at Alamo City Theatre at The Josephine. She performed with companies such as Susan Connolly’s Dance Workshop, Danz America, and Aaron Callies and taught for The San Antonio Ballet Company and Mayra Worthen.

At the age of nineteen, she won first place in the city, state, and regional rounds of the National Gregory Hines Tap competition which qualified her as one of 22 finalists to study and perform in New York City with Gregory Hines and Mercedes Ellington.

Throughout the late 80’s and early 90’s, Missy began producing original musical revues and directing and choreographing for large national events including SeaWorld, Disneyland, National Republican Conventions, Honda Conventions, Coldwell Banker Conventions, the grand opening of Rivercenter in San Antonio, the NRA Convention with Charleton Heston, in Las Vegas with The Young American Stars, and additional work with stars such as Cheryl Ladd, Gerald McRaney, Judy Tenuta, Susan Anton, and Glen Campbell. Her original productions established her reputation as a multi-talented producer, director, and choreographer and in 1994 Fred Turner of TETCO, Inc. hired her to continue the legacy of the Josephine Theatre as the full-time Artistic Director.

To date, Missy has produced, directed, and choreographed more than two hundred productions, at least forty-five of which are her critically acclaimed, award-winning original productions. She has personally received twenty-one Alamo Theatre Arts Council (ATAC) Globe Awards in the categories of Production, Direction, Choreography, and Musical Direction.

In January of 2016, she returned to her roots serving as the Artistic Director of The Josephine Theatre and the Executive Director of Missy Miller Presents and The Showstoppers Academy and she is very happy to join the talented team of instructors at the Trilogy Dance Center. 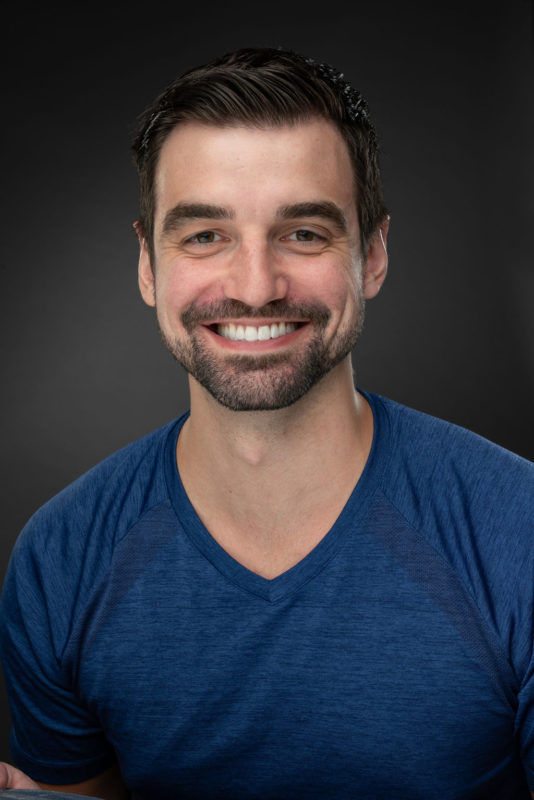 Matthew grew up in Madison, Wisconsin where he began dancing at the age of 16 at Monona Academy of Dance. He attended Oklahoma City University where he earned a Bachelors of Performing Arts in Dance Performance, focusing on tap, jazz, and ballet.

After graduating, Matthew spent 4 years sailing abroad on luxury cruise liners with Princess Cruise Lines, as well as Holland America Line where he got to work with leaders in the industry such as RWS Entertainment Group (NYC) and Broadway composer Stephen Schwartz.

Matthew is grateful to be settling down in San Antonio with his wonderful wife and is greatly looking forward to working at Trilogy Dance Studio. 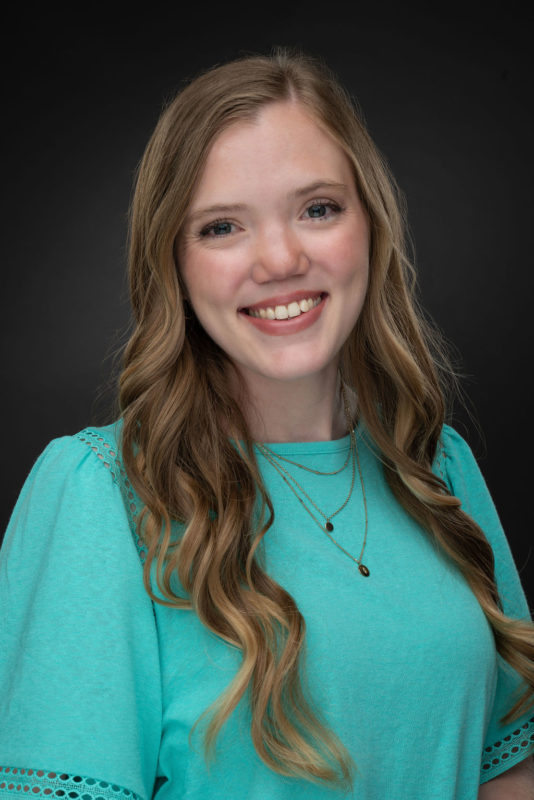 Hannah has been a part of our Move and Groove Dance Program for the last four years. She has danced on and off throughout her life since the age of seven. She’s danced at Heather Stolle’s, Dance Plus, American Dance Company, and was on the dance team in both middle school and high school. She has been taught under former Trilogy dance instructor, Phaedra Kingry since the third grade with the kids choir program at Community Bible Church along with teaching beside her. Hannah is thrilled to be continuing teaching Move and Groove! 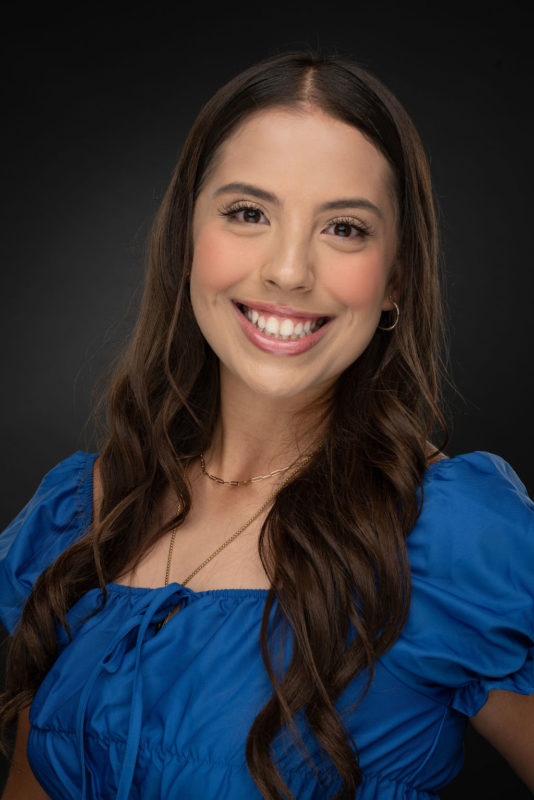 Evelyn started dancing at the age of 3. She’s studio, drill team, and professionally trained. Evelyn has won numerous awards and scholarships throughout her dancing career. When she was 16 years old she began dancing at SeaWorld San Antonio during her summers throughout high school. During high school she was also part of the Brennan Golden Stars Dance Team and was also an officer. She was also part of the Modern Dance Company at Brennan for 2 years and represented her school district as the NISD Texas Future Dance Educators President her junior and senior year of high school.

Evelyn then graduated and attended Blinn College where she danced for the Blinn Treasures Dance Team, Fall of 2020. She then returned to San Antonio and danced year-round for SeaWorld San Antonio. During this time, she also became an NISD choreography vendor and has choreographed competition solos, pep rally routines, and competition group routines for drill teams. Evelyn has also spent these past 2 summers on the leadership team at Tbarm Camps in New Braunfels, Texas.

Evelyn is now currently finishing her associates degree and hopes to transfer to Grand Canyon University fall of 2023 to major in business management and minor in dance. Evelyn is super excited to be joining the Trilogy team and is eager to work with students of all skill levels. She aspires to help individuals develop growth and excel not only on their skills but also their character. 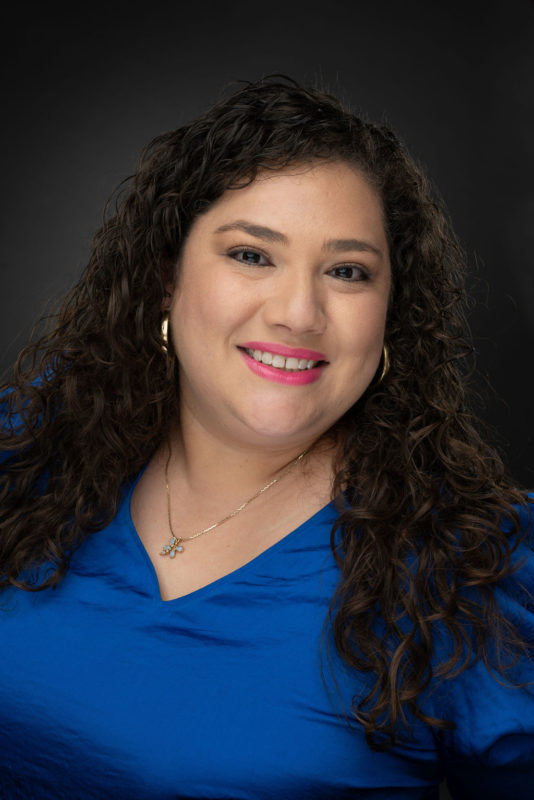 Born with a dose of creativity and a passion for storytelling, Alexandra loves to share experiences with others. This desire has enabled her to develop a 15-year career centered around communication and building relationships. Alexandra was born and raised along the border in Del Rio, Texas. Growing up in this beautifully blended city with influences of American and Mexican culture allowed her to diversify her dance experience from the young age of three with studio-based lessons in ballet, tap, and jazz to learning the traditional dances from various regions of Mexico through Ballet Folklorico at a local non-profit, La Casa de la Cultura. This exposure to dance at a young age sparked her interest in culture and communication, leading to future studies.

Upon graduation from high school, Alexandra headed east to attend college at Texas A&M University, where she earned a Bachelor of Arts in Communication with a Minor in Dance Education. During her time at Texas A&M University, she was an active member of the former pre-professional dance company EmSu. In addition, she studied Eastwest Shin Somatics®, a form of dance movement therapy aimed at expanding creativity and the arts while promoting self-healing. Upon receiving a grant from the Texas A&M Academy for the Visual and Performing Arts, she attended the International Eastwest Somatic Conference for two consecutive summers to participate in week-long intensive workshops titled “Healing Dances and Integrative Body Work.” During the workshop, she presented lectures based on her award-winning literary research paper “Shin Somatics®: An Awakening of the Unconcious Self” and performed choreographic work titled “Converging Pathways,” exploring the intersection of our unconscious and conscious self.

Alexandra believes her education in Communication and Visual Arts through Dance at Texas A&M Univerisity fostered her innate creativity and has allowed her to explore new ways to create meaningful human-centered experiences. Her approach to dance is holistic, helping dancers connect inward to their human selves and outward to others through their artist selves. She aims to cultivate self-discovery and expressive communication in her students through creative movement exploration. She enjoys teaching young dancers in Moove and Groove, along with Dance Basics I and II, who are in such formative and expressive stages in their lives. We can all use a little reminder to explore our sense of self through play and the world around us through the lens of childlike wonder. As a lifelong learner, Alexandra looks forward to continuing her Eastwest Shin Somatics® studies to obtain her certification as an RSMT, Registered Somatic Movement Therapist, and RSME, Registered Somatic Movement Educator, through ISMETA.